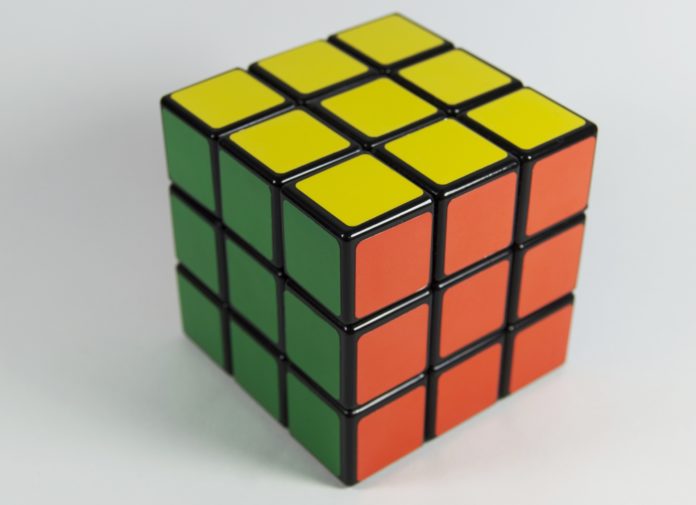 Common sense, defined as “sound judgment derived from experience rather than study,” is one of the most revered qualities in America. It evokes images of early and simpler times in which industrious men and women built our country into what it is today. People with common sense are seen as reasonable, down to earth, reliable, and practical.

But here’s the catch. Common sense is neither common nor sense. There’s not a whole of sound judgment going on these days (though whether it is worse than in the past, I can’t be sure), so it’s not common. If common sense was common, then most people wouldn’t make the kinds of decisions they do every day. People wouldn’t buy stuff they can’t afford. They wouldn’t smoke cigarettes or eat junk food. They wouldn’t gamble. And if you want to get really specific and timely, politicians wouldn’t be tweeting pictures of their private parts to strangers. In other words, people wouldn’t do the multitude of things that are clearly not good for them.

In fact, I think that so-called common sense is a fallacy that has been foisted on us by our culture of ideology (any ideology that wants to tell us what we should think and do) that prefers us to be stupid, ill informed, and poor decision makers. Sorry to get a bit political here, but common sense is even used as an ideological cudgel by conservatives in which so-called coastal elites lack common sense and, as a result, are out of touch with “real Americans” who apparently have an abundance of common sense. But, if we use our elected representatives as examples (though I can’t vouch for how representative they actually are), I think it’s safe to say that unsound judgment, that is, the absence of common sense, doesn’t discriminate based on political ideology.

The word common, by definition, suggests that common sense is held by a large number of people. But the idea that if most people think something makes sense then it must be sound judgment has been dis proven time and time again. Further, it is often people who might be accused of not having common sense who prove that what is common sense is not only not sense, but also completely wrong. And, by the way, common sense is often used by people who don’t have the real knowledge, expertise, or direct experience to actually make sound judgments.

The unfortunate reality is that trusting common sense, in point of fact, causes us to make poor rather than sound judgments. Perhaps the biggest problem with common sense is that it falls prey to the clear limits of personal experience. Or, we don’t even have any actual experience in the matter and rely simply on what we believe to be true or have been told is true, what we might label “faith-based sense” (in the broadest sense of the word faith). For example, when you’re having a discussion about just about anything that requires taking a stand, for example, the weather, the economy, raising children, sports, what have you, how often do you hear some variation of “Well, it’s been my experience that [fill in the blank]” and the person then draws a conclusion based on said experience? And how often is that conclusion wildly at odds with the facts? More often than not in my experience (though, of course, my experience may be insufficient to draw a truly sound conclusion).

I think we need to jettison this notion of the sanctity of common sense and instead embrace “reasoned sense,” that is, sound judgment based on rigorous study of an issue (which also includes direct experience). Of course, we can’t do an in-depth scientific study of every issue for which we need to draw a conclusion or make a decision. We can’t, in the formal sense, do a review of the literature that includes relevant theories and the scientific findings to date, prepare detailed hypotheses, design a formal methodology, collect data, and employ complex statistical analyses from which we draw conclusions. But we can, and should, apply many of these basic principles of the scientific method in more informal ways to our daily lives.

In fact, I think that a course in scientific thinking and methodology for everyday life should be a requirement for all students. Such proactive education about precise thinking and real sense might reduce the number of truly dunderhead things that subsequent generations will do (the current generations are probably beyond remediation).

Here are some ways in which people can engage in more “sensical” thinking, whether common or otherwise (what does it matter where sense comes from as long as it does truly reflect sound judgment?).

First, we can begin our ” inquiry” with an open mind, something sorely lacking in matters both trivial (e.g., Who’s better, Red Sox or Yankees. Red Sox, of course) and substantial (e.g., how to fix the budget deficit) these days. Without being receptive to answers that we may not want to hear, we might as well just ask ourselves what we want to be true and go with that, which is what many people with so-called common sense (most efficient, but often wrong).

Second, we all establish hypotheses that we would like to see affirmed when we are asking questions in our lives, for example, about relationships (e.g., “I know she likes me.”) or the economy (e.g. “It’s definitely picking up.”). But for hypotheses to be more than just foregone conclusions (e.g., the world is flat; oops!), it’s important to also propose alternative hypotheses (e.g., maybe the world is round or square). Just considering that there might be answers other than the ones we want ensures that any “experiment” we conduct isn’t just an exercise in self-serving affirmation (e.g., drug trials done by pharmaceutical companies).

Third, we can collect a sizable sample of data that is more likely to representative of the population as a whole. So, instead of just asking a few friends their opinions on an issue (which are likely similar to our own), we ask others, particularly those we know to have differing views. Does that guarantee sound judgments? Of course not. But does it make it more likely that whatever conclusion is drawn will be closer to reality? Absolutely.

Fourth, we can analyze the data as objectively as possible. Let’s be realistic. No one likes to see their “theories” disproven. And there’s a cynical saying in the sciences, “If the facts don’t fit the theory, throw out the facts.” Also, don’t forget “GIGO” (Garbage In, Garbage Out) which describes the “failures in human decision making due to faulty, incomplete, or imprecise data” (thanks Wikipedia). The scientific method attempts to prevent both sayings from being realized by using statistical analyses that, at least in theory, don’t allow for the intrusion of human biases (recent research has found this assumption presumptuous, but it’s the best we have at this point).

The bottom line is that if we can learn to think in more open and rigorous ways, we can draw the most accurate conclusions and make the best decisions possible for the myriad of questions, concerns, and issues we face every day, be they mundane or impactful. And we might just all get along a little better too.

Dr. Jim Taylor received his Bachelor's degree from Middlebury College and earned his Master's degree and Ph.D. in Psychology from the University of Colorado. He is a former associate professor in the School of Psychology at Nova University in Ft. Lauderdale and in the Graduate School of Professional Psychology at the University of Denver. He is currently an adjunct professor at the University of San Francisco. Dr. Taylor is the author of 14 books and the lead editor of three textbooks, has published more than 750 articles in scholarly and popular publications, and has given more than 1000 workshops and presentations throughout North America, Europe, and the Middle East. Dr. Taylor blogs for psychologytoday.com, huffingtonpost.com, as well as on his own website . His posts have been read by millions. Dr. Taylor has appeared on NBC’s Today Show, ABC's World News This Weekend, Fox News Channel, and major television network affiliates around the U.S. He has participated in many radio shows. He has been interviewed for hundreds of articles that have appeared in newspapers and magazines around the world. To learn more, visit drjimtaylor.com . 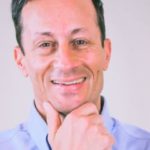 Dr. Jim Taylor received his Bachelor's degree from Middlebury College and earned his Master's degree and Ph.D. in Psychology from the University of Colorado. He is a former associate professor in the School of Psychology at Nova University in Ft. Lauderdale and in the Graduate School of Professional Psychology at the University of Denver. He is currently an adjunct professor at the University of San Francisco. Dr. Taylor is the author of 14 books and the lead editor of three textbooks, has published more than 750 articles in scholarly and popular publications, and has given more than 1000 workshops and presentations throughout North America, Europe, and the Middle East. Dr. Taylor blogs for psychologytoday.com, huffingtonpost.com, as well as on his own website . His posts have been read by millions. Dr. Taylor has appeared on NBC’s Today Show, ABC's World News This Weekend, Fox News Channel, and major television network affiliates around the U.S. He has participated in many radio shows. He has been interviewed for hundreds of articles that have appeared in newspapers and magazines around the world. To learn more, visit drjimtaylor.com . 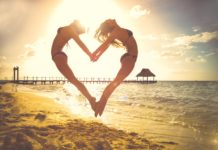 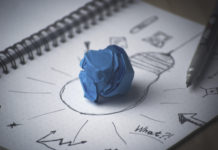 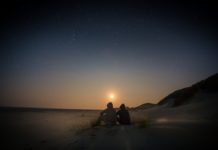 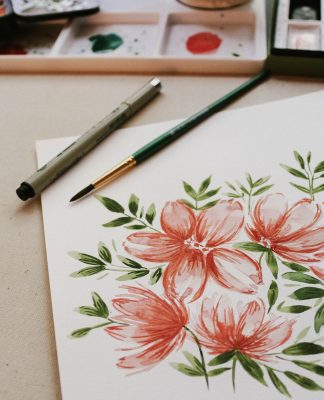 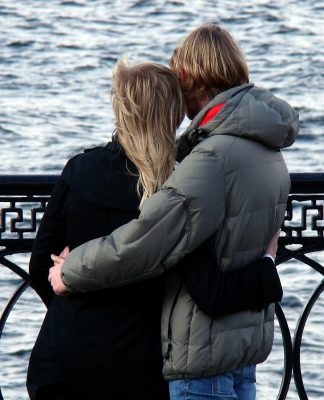 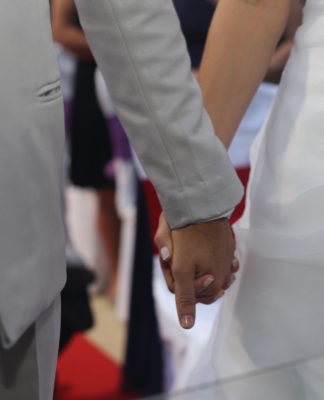 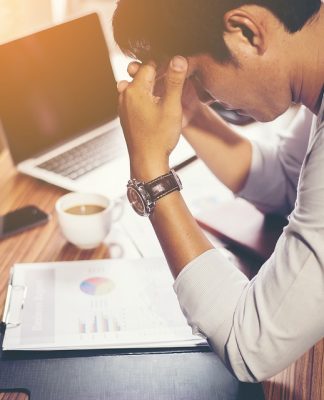 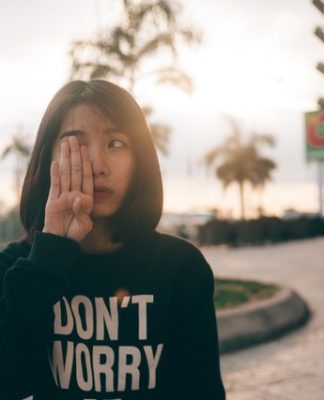 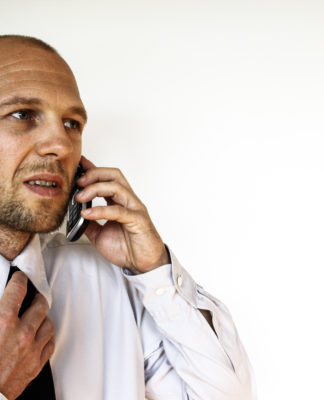 Is it Just Stress, or is it Burn Out? 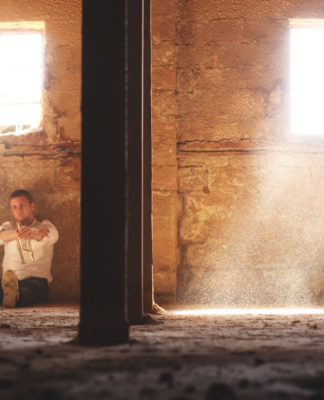 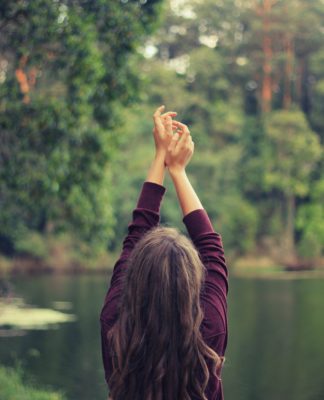 Is Our Survival Instinct Failing Us?