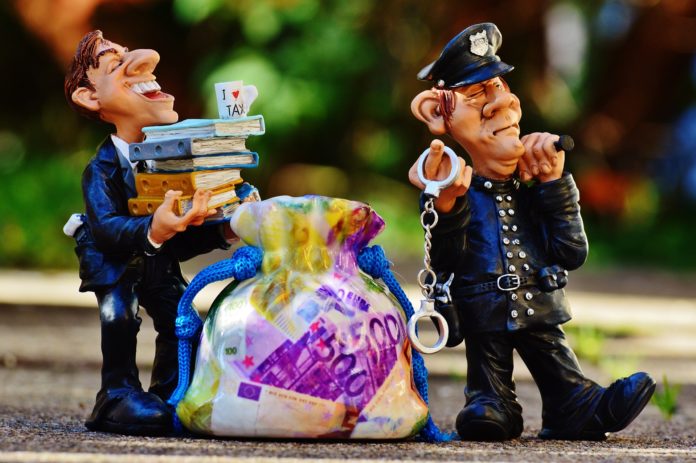 I am a former police officer. In my eight years of service I served in many roles of my former agency. I was a member of the Special Response Team, Street Drug Interdiction, Gang Unit, Detective, Undercover, School Resource Officer and patrol. I am also at peace with sharing that have been sued four times and was found not guilty in a Federal Courtroom on two counts of using excessive force while under the color of law. I have experience from both sides of the fence about the relationship law enforcement has with its community. What if I had accomplished my former ambition of becoming Chief of Police? How would I address the citizens of my community who are concerned about officers using force disproportionately against “Black Lives?” I think this is probably how I would address the issue at a town hall discussion:

“The reality is that we have an epidemic which is unique and only curable by the self. We can’t go to the doctor to fix this issue, rather we must come together as a community to discuss how we see and interpret both sides of the coin. We must first discuss the laws, its evolution and what purpose it serves today in the spirit of keeping everyone safe from the reckless actions of others. The reality is that people who break the law are narcissistic! There is a personal gain one desires to achieve when they choose to break the law. If a person commits a robbery, they want to capitalize of the other victim’s property or satisfy a perverted desire for power and control. If a person operating a motor vehicle speeds on the roadway they are only interested in getting to their destination faster than the speed limit would allow. It is a form of narcissism which doesn’t take into consideration the people who the laws were intended to protect and keep safe. Take the speeder for example…That speeder is only focused on their intent. They don’t take into consideration all of the unknown variables that could impact other drivers on the road. We’ve all had an experience with a speeder whether it was us or someone else on the road. I think we are all familiar with the term road rage and what happens when the violator gets behind someone who doesn’t drive as fast as they would like… they tailgate, blow their horn or drive aggressively behind the law abiding drivers. If you were the law abiding driver in this experience, you didn’t appreciate that behavior. As a matter of fact that type of reckless behavior could’ve caused a fatality be it a car crash or by the incident escalating to violence. We’ve seen this!! This is why we have laws against such behaviors. The laws we enforce today are designed to maintain the peace and civility for people who desire to achieve a better quality of life that is only possible by first feeling safe. Now this speeding law has nothing to do with race, however, historically we know that many of the older laws in our constitution were designed to subjugate non-whites to oppressive tactics veiled by enacted laws and policies. Jim Crow laws come to mind.

The experiences, witnessed or felt by the predecessors of those most impacted by these tactics, are now responding in a way that makes them feel safe. We are seeing provocation and various levels of retaliation against police officers attempting to do their jobs. There is no doubt that various aspects of American history and the Jim Crow laws have left a moral and psychological scar which has contributed to the division in our communities. This division has created disdain for the law enforcement community and the men and women who serve. The reality is that we are all divided by societal labels/stigmas that distinguish us from one another instead of bringing us together as human beings. People need to feel safe in order to enjoy the luxuries of life. It is my goal as your Police Chief to hold my officers accountable for their undesirable actions but I will also hold my officers accountable to keep our communities safe. What does that mean? It means for them to enforce the law without bias against those who are self-absorbed in having their way at the expense of the peace, safety and civility of law abiding citizens. No human being should expect immunity from the law if they have violated it themselves. Hypothetically speaking, it’s like a drug dealer calling upon law enforcement to investigate the theft of his drugs. (Yes… this has happened!) Certainly he should and would be treated with the same respect as a law abiding citizen because of the crime but the judicious thing is to address why he was selling drugs in the first place and hold him accountable. At this point, we come to the concept of snitching, criminal records, minimal employment opportunities where those with low education or felonies see criminality as their only options.

There are a multitude of factors that contribute to why people commit crime outside of being self absorbed. Some individuals would rather endure being violated by criminals for the sake of preserving the street code of not snitching which, in fact, doesn’t keep anyone in the community safe. Some individuals don’t have enough hope or belief in themselves to overcome their perceived plight. Some communities have a mentality that ‘once a poor man always a poor man.’ That’s not true!!!!! It can be changed but only a few are inspired/determined to act upon the potentiality of change. Our law enforcement agency can help you if you let us. Here is my plan and please give me feedback on what you think… As your chief of police, I am going to employ the services of a licensed clinician who will work closely with our agency to provide mandated individual and group counseling for our officers. This is to make sure they are coping with the daily rigors of this profession and life in general. I want to make certain that culturally astute and mentally aware officers are patrolling our communities. Providing them with the benefits of counselling is the best way to ensure my officers keep mental wellness as a priority to cope within a high stress profession. The average citizen is not privy to the psychological challenges associated with police work.

Our badges and uniforms may send the message that we have power but the reality is we are only human just like the people we serve. We are not perfect and we don’t always get it right but it is important that we work together to make it right for our community. Officers are the people you depend on to rescue a life or resolve a safety concern. If they are protecting you then they are risking their lives to do so! We are here to serve. Our city is not like the other communities that we see in the news, we are who we are and we will tailor our relationship to fit our community’s needs. We have an open door policy that is accessible to every citizen with a legitimate concern about how we do business. In addition, we will work closely with community organizations that help people find jobs or resources. Our hope is that this will improve our relationships and assist with improving the quality of life in those communities where the perception of no hope exists. The only way this will work is if we work together. We will do our part, play our position if you do the same. In addition to what was stated, help me to understand what more should we do as a department to keep our community safe?”

The reality is that there is no trust because there is no honest dialogue about the perception, distinction and validity of laws that officers enforce. Do these laws cater to the notion of profiling? Are we subconsciously influences to target one group over another? I support change that helps improve the quality of all life. Counseling is a huge benefit to those who embrace what it can offer. A healthy root eventually evolves into a healthy tree! Be prosperous and be purposeful!

Kareem was born and raised in Bronx, NY to a loving mother who in pursuit of a better life migrated to America from Kingston, Jamaica. Kareem persevered through the trials and tribulations of being raised by a single parent. These early struggles inspired his work ethic and passion to help those from similar circumstances. As a former police officer who patrolled high crime areas, Kareem witnessed the economic, social, and spiritual needs of disadvantaged communities. He obtained a Master's degree in Clinical Mental Health Counseling from UNC Charlotte and is working toward state licensure as a Licensed Professional Counselor and Clinical Addiction Specialist. Kareem believes the core principles of counseling provide a nurturing and proactive approach toward advocacy, human development, and rehabilitative change among all people. 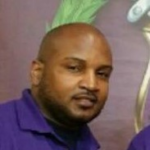 Kareem was born and raised in Bronx, NY to a loving mother who in pursuit of a better life migrated to America from Kingston, Jamaica. Kareem persevered through the trials and tribulations of being raised by a single parent. These early struggles inspired his work ethic and passion to help those from similar circumstances. As a former police officer who patrolled high crime areas, Kareem witnessed the economic, social, and spiritual needs of disadvantaged communities. He obtained a Master's degree in Clinical Mental Health Counseling from UNC Charlotte and is working toward state licensure as a Licensed Professional Counselor and Clinical Addiction Specialist. Kareem believes the core principles of counseling provide a nurturing and proactive approach toward advocacy, human development, and rehabilitative change among all people. 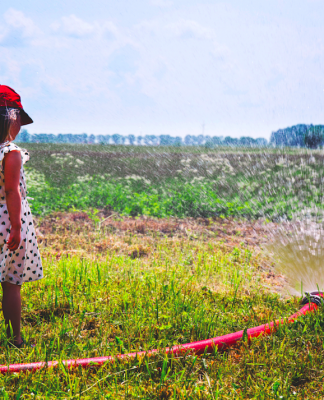 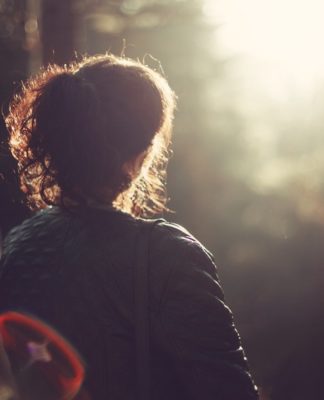 One Simple Tool To Work With Anxiety 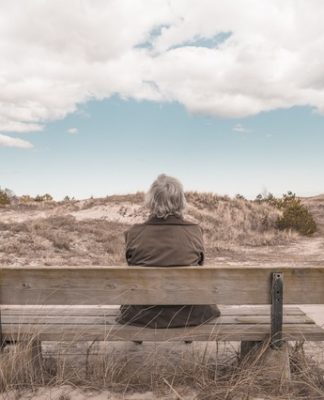 Tapping Into The Unconscious Mind 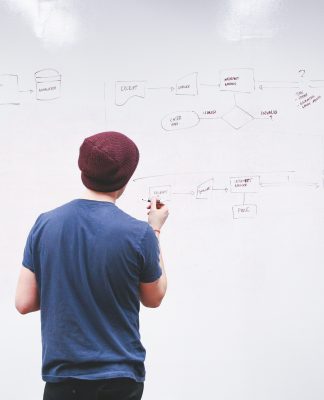 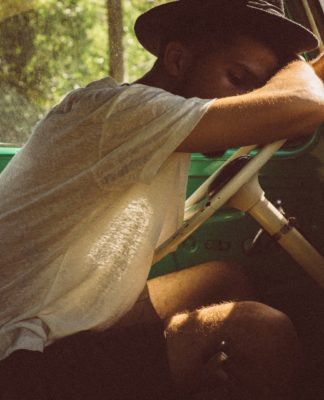 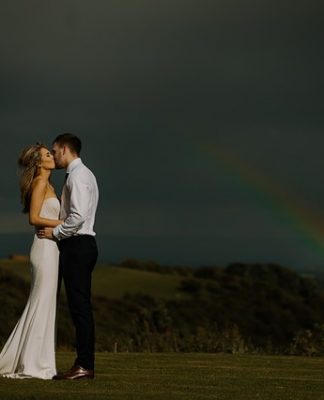 Reciprocity and Intimacy in Couples Therapy 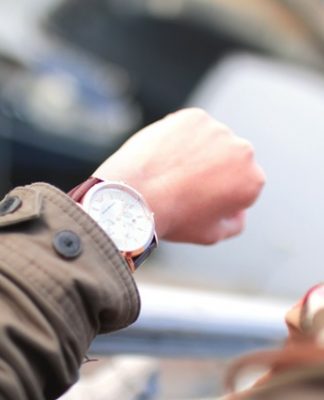 What Motivates High Achievers, Procrastinators or Not 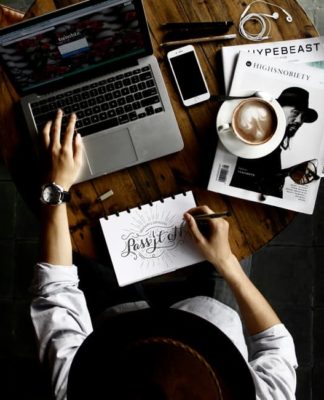 How do I find my work/life balance?

How Do We Humans Ever Make Good Decisions?